The Vietnam War through a North Vietnamese point of view 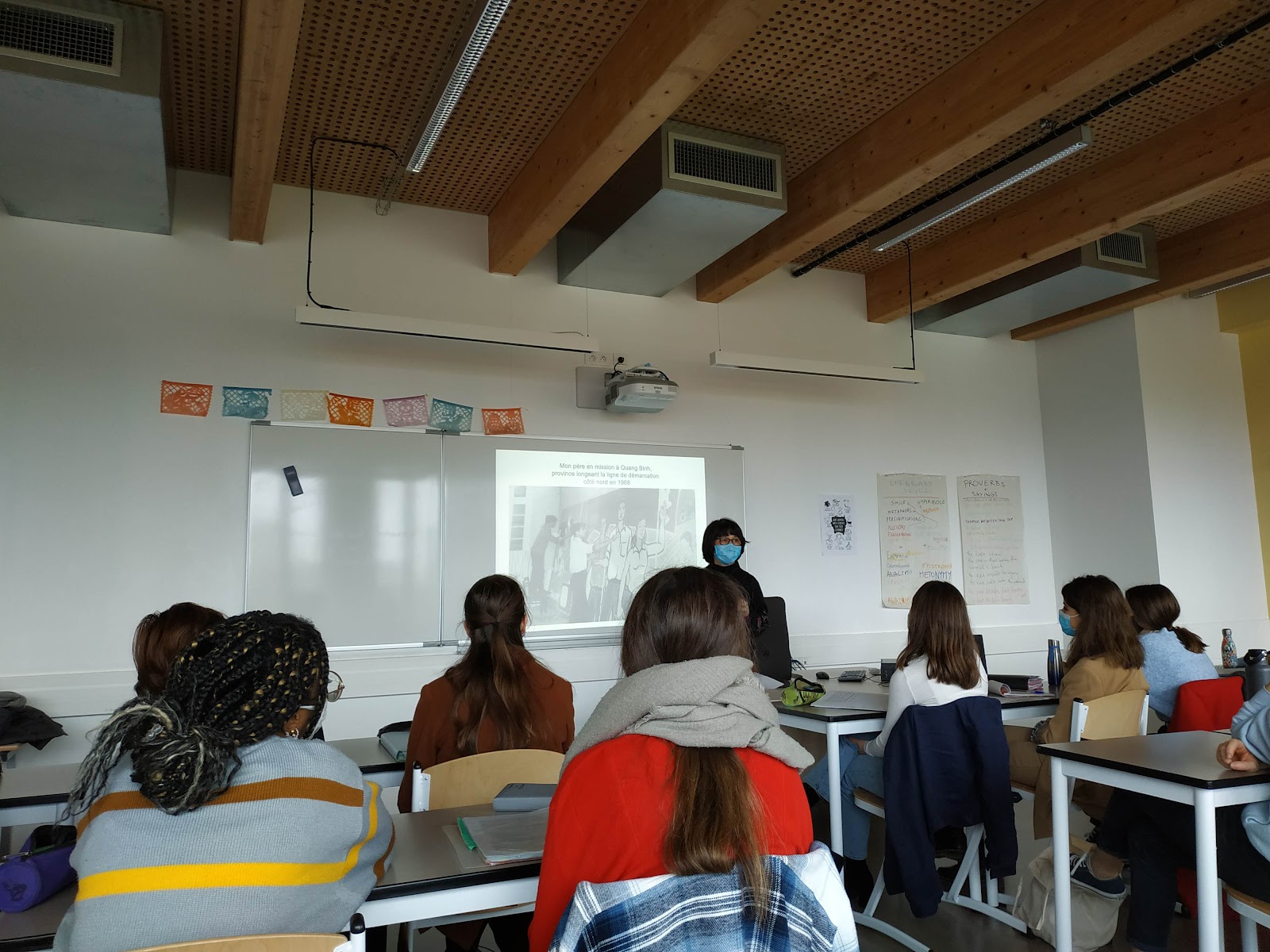 On Friday 5th, February the Senior SIA class was lucky enough to listen to the testimonies of a North Vietnamese citizen who was born in Hanoi (North Vietnam) in 1972, during the Vietnam War. The stories she gathered from her family and friends back in Vietnam were quite interesting and unique, as they were direct anecdotes from people who had really experienced and lived through what we learn in history books nowadays. It helped us understand the Vietnamese point of view better rather than learning about this war through an Western one. For example, one story was about her older sister going to school and the school being bombed just minutes after she left it. After this intervention, the class studied a timeline of the Vietnam War, linking the different dates to the stories we had just heard before.